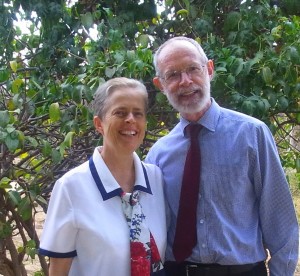 Until a few days ago, not a Christmas song being played, and then only one broadcast from a street vendor’s barrow. In Mvumi village, 25 miles outside Dodoma, not a carol to be heard so far; that is, if you exclude the “We wish you a Merry Christmas” ringtone on someone’s mobile phone heard last May.

Weather that convinces you humans really are 70+ percent water, and that you have sprung a copious leak.

Plenty of Christmas songs – in the Shopper’s Plaza supermarket, the PA system insists that we “Hark now hear the angels sing – a new king born today”. All the checkout clerks and assistants are wearing Christmas hats or Santa hoods – wilting somewhat despite the best efforts of the air-con. Plenty of tinsel in view: even on the handles of the glass front doors at Crown Healthcare showrooms (though the autoclaves, weighing machines and dentists chairs on display are not so adorned).

We have had two Christmas cards up to now: the snow-view of Christchurch Mansion, Ipswich, sparkling on a blue-skied winter day, is deliciously refreshing. The other, with kingly figures in profile and “we three kings of orient are” caption, had me humming the old carol repeatedly, much to my own irritation.

We sent our last circular in May, after 2 months at Mvumi. It indicated among other things, that we did not feel fully employed. Well, things have changed since then, for a number of reasons:

1) Angie has been dealing with Polish Aid. This is not assistance in shining the family silverware, but support from the government of Poland, for a project set up by a group of young businessmen from one of their northern cities. These very pleasant people have visited the hospital three times this year, and have enabled the renovation and upgrading of three wards, setting up a computer room, as well as the installation of solar electricity for lighting. Angie, as the link person, has been busy answering emails, doing conference calls, arranging itineraries, etc. The hospital in general, staff, students , and the patients, will have benefitted considerably by the time the project ends, nominally, on December 31st.

Angie has also got back to classroom teaching, and says it has been a particular joy to get back to clinical teaching on the wards. Plenty still to be done, but many more bed baths, and much more prevention of bedsores going on, than six months ago!

2) In the eye department, the “Cataract Season” started around June: Once people had harvested, sold their crops, and had money and free time in hand, they brought their poorly-sighted relatives to Mvumi from all over Tanzania for eye surgery. Suddenly the operating lists were long, and beds in the ward were full.

3) Between April and December the eye department took in three groups of nurses and clinical officers for three-month practical teaching as ophthalmic assistants. Lecturing and training them was very time-consuming.

4) We continued practical teaching in cataract surgery for trainee surgeons who come down from KCMC in Moshi. Training a surgeon to operate on someone’s eye is a bit like trying to instruct a learner driver in your own car, without any damage to the new paint job you just paid for – pulse often races and blood pressure climbs: A lot of tact needed for that job, and can be very emotionally draining.

As the year ends, we look back on memorable and bittersweet moments:

Overall, it is the people, yourselves included, who have made the year memorable. Without patients and students we would not have the privilege of a most meaningful job. Without your interest and support we would have great difficulty in carrying on, and without you sharing your faith, news and the highs and lows of your life, we would be out of touch, and diminished.

While we teach, this is what we have learned.

A Happy and Blessed Christmas to you all

Click here for more details on Brian & Angie and their work.